Terry is both a very lucky and very unlucky guy. He has myotonic muscular dystrophy (MMD), which is the most common form of muscular dystrophy for adults. Terry was born with the MMD gene. Terry’s mom died of the disease. Unfortunately, she did not know she had MMD at the time Terry was born. The genetic cause of this disease has only been known since 1994. There is no known cure or treatment, but scientists are working hard for breakthroughs now. FDA human trials for the very first human treatment for the disease began in 2014.

Terry’s disease causes muscle weakness throughout his body and affects almost every cell in his body. It also has caused him learning disabilities, diabetes, balance and abdominal problems, swallowing difficulty, and the list goes on. Myotonic dystrophy is a progressive disease.

You get worse as you age, but everyone is affected differently. The healthier and happier your life, the greater likelihood you can slow down the progression. Terry is doing his best to make his life worthwhile.

Terry was thirty-one years of age at the time he wrote his first book with his dad “Disabled & Challenged: Reach for your Dreams!” Terry wrote about his life experiences and challenges and the positive philosophy he has that has sustained him all along. His hope is that other young adults fighting life-long disabilities will embrace life fully as he has done. His greatest love is travel, and he wants to pursue his travel dreams before his disease slows him down.

Terry also has been very fortunate because he has had the benefit of good doctors, caregivers, and a great team of other medical people who have helped keep him as strong as possible as he fights his disease. In addition, Terry has had the benefit of counselors and psychologists who have shown him the way past the depression and frustration, which has caused him a lot of pain.
When Terry graduated from high school, he was all pumped up—scared but excited to face the world. He wanted to get a job, have lots of new friends, and start to date and kick up his heels. Instead, he ran into a brick wall.

He could not find a good job, bouncing around from one to another, and felt entirely lost and alone. It was only with the help of a great therapist that he got past thoughts of suicide during this time.
Terry then decided to attend a special program for young adults who were facing the same problems he had after high school. The program was over fifteen hundred miles away from home, and that was a very big step for him. Terry met people there with all kinds of limitations, including brain damage, birth defects, crippling from accidents, and diseases like his own. He learned how to live as independently as he could, making the right friends, taking care of his medical problems himself, holding a good job, and helping his other friends with disabilities begin to start new lives for themselves.

After six years of living away and attending the program, Terry decided to return home. Leaving his new friends and counselors was a very hard decision. Terry now lives in his own apartment with his dog, buddy. He gets disability aid and has made a new life for himself. His disease has progressed. He had to give up his part-time job. Fortunately, he can still walk but not well. He uses a scooter when he can and drives an accessible van. He actively does physical therapy. He has some new friends—mostly disabled people but not all. He has a life, and he is happy.

Terry knows that his future will hold more medical problems, and he is doing all he can to live his life to the fullest every day. He has said all along that he is a person with a disability, not a disabled person. He wants to see his dreams come true. Writing this travel book is one of his dreams come true. After his mom passed away, he took her place traveling with his dad. Together they made local trips at first. As they got their “sea legs” they began trips to other parts of the USA and eventually to other countries. Travel has proven to be one of the very best experiences to fully enjoy his life, keep him as mobile as possible, and meet fun people. It has also proven to be a great way for him and his dad to become “travel savvy” buddies. Each passing trip holds great adventure for both of them. 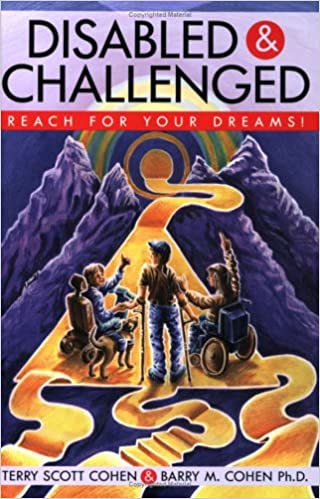 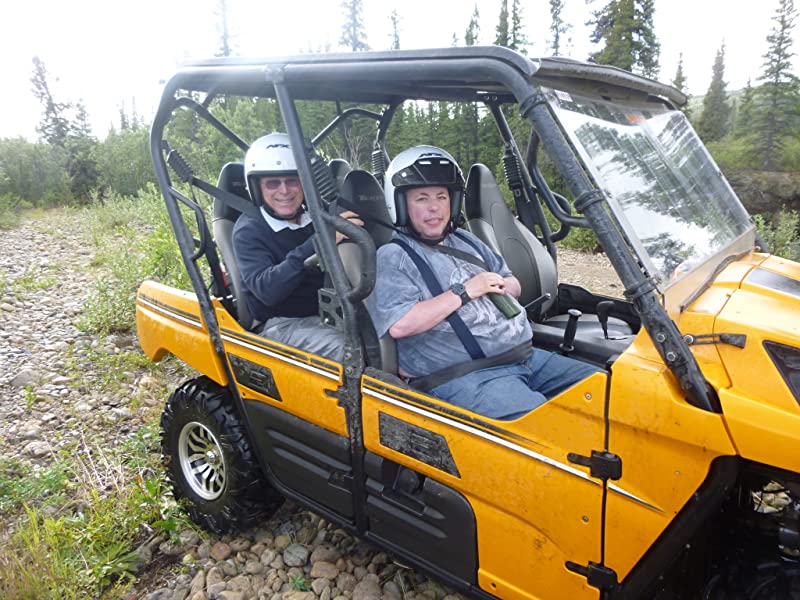 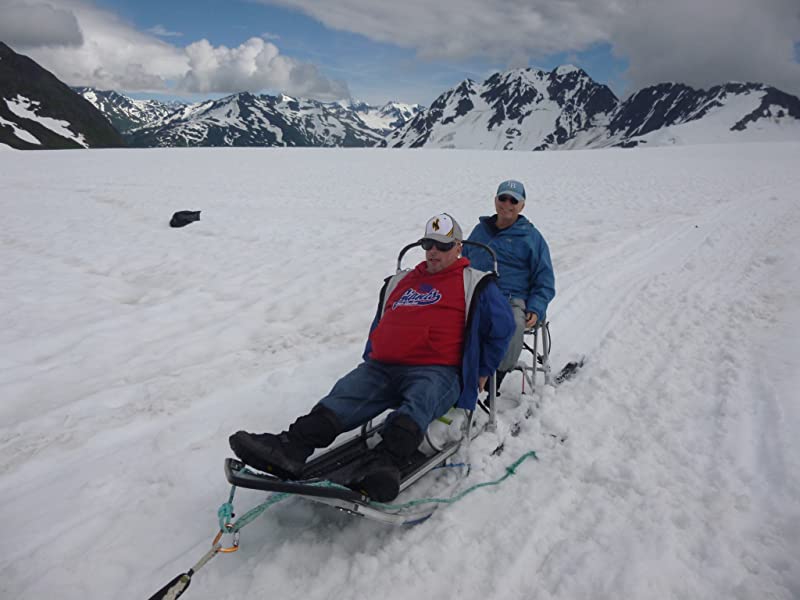 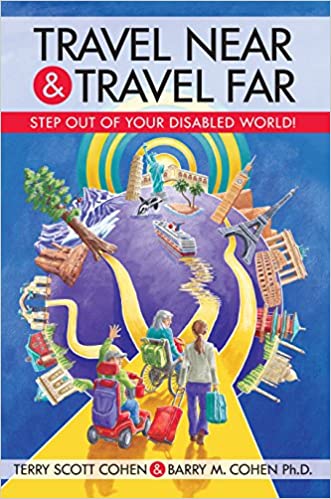 Barry is Terry’s dad, and they have always had a very close relationship. Barry was a caregiver and travel companion to his wife, and now to Terry. He has seen firsthand just how myotonic dystrophy gradually takes its toll. Unfortunately, when myotonic dystrophy is passed down from mother to son, the disease gets worse for the son. That is part of the genetic challenge of this disease. As a result, Barry has made a special effort to help Terry realize his dream of writing his books. All the ideas and subjects in the books are Terry’s. Barry helped Terry organize these ideas and research special topics, and he has also added his own advice as a
consulting psychologist.

Barry is a nationally recognized psychologist who counsels leaders in business and industry. He has published articles in major media and has received awards for his work. His clients have included many of the largest corporations in the United States, and he also consults with global leaders. He has “borrowed” from his many years of counsel with these talented people to apply some of their same living skills to helping young people with disabilities, including Terry and his friends. Barry serves as a counselor- facilitator to young adults with MMD at national conferences.

Over the years, Barry has helped Terry learn how to think ahead and anticipate some of the many challenges that might get him down. Barry has also learned a great deal about being a travel companion for both his wife and Terry. All these experiences have made him a more informed resource for planning accessible trips. Travel is a great energizer full of new adventures and opportunities to meet people from many cultures and backgrounds. In that sense, travelers who are disabled are no different than
anyone else.

Barry did graduate training in psychology at Columbia University and completed his doctorate at the University of Tennessee. Barry resides in Clearwater Beach, Florida, not far from Terry’s apartment. He and Terry continue to be close with one another, taking father-son vacations and setting aside one day a week just to spend time together. Helping Terry write his books was an inspiration for both of them, and it has brought them even closer in their desire to help other people with disabilities learn to live full lives and rise to their challenges. 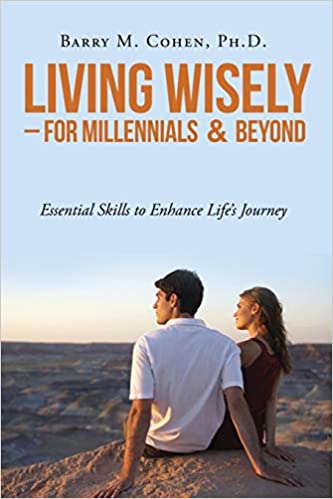 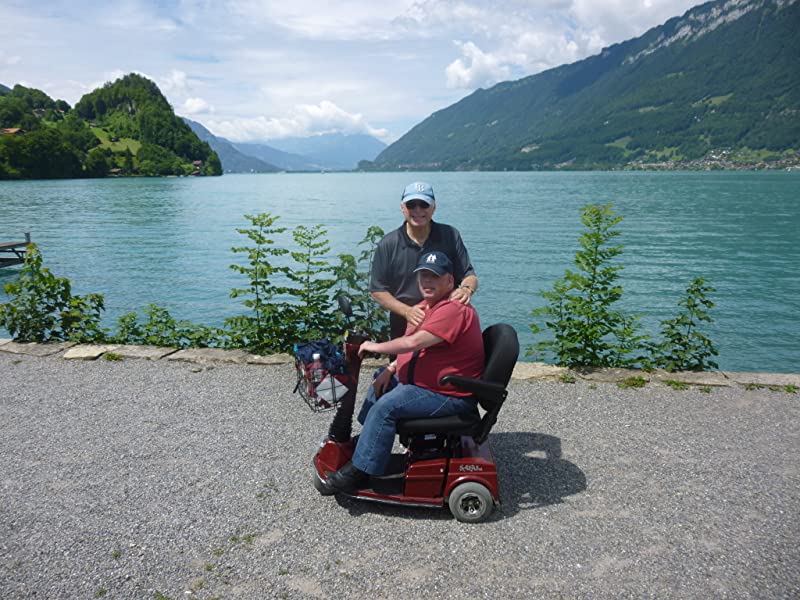